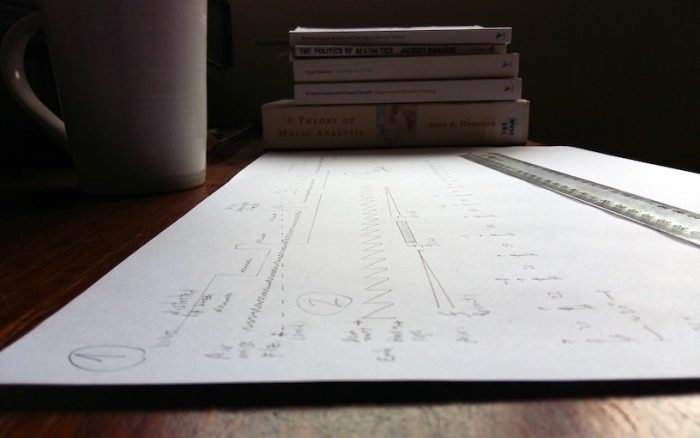 One of the main challenges I’ve been facing as an artist lately is posed by my ineligibility to compete for funding, and other career opportunities, in equal conditions with other colleagues in my professional environment. This is a consequence of the complex migration status I’ve had for the past few years in the country I currently call ‘home’. As a result, in this period I’ve only been able to embark on a small number of compositional projects. These have been allowed by generous colleagues/friends who have invited me to collaborate or commissioned me with funding they have secured themselves (a grateful shoutout to DecibelNewMusic, ELISION Ensemble, and Alex Raineri), and by my own occasional capacity to make free time to dedicate to such creative endeavours.

The only piece I was able to write in 2018 is a small one: ‘Canto’, for solo amplified trumpet. Amongst other creative quests, in it I sought for ways to engage with poetry as a meaningful source of aesthetic/conceptual drive for the music. On a variety of levels, the piece is based on the final verses of “Una canción de vida bajo los astros” (“A Song of Life under the Stars”) by Cuban poet Regino Pedroso (1896-1983), in my own English translation:

Drink the inebriation of centuries in the endless ocean;
defeat the squalid night with bright human laughter;
seed your dance to infinitude in the bountiful earth,
with music of light…
and sing, sing, sing in the wide wings of wind
your great song of life under the stars;
sing for the people that will come without a voice…
the entire future is singing!

I wrote ‘Canto’ for trumpet virtuoso Tristram Williams, of ELISION Ensemble, who gave its premiere in Mexico City last October, in their appearance at Festival Vértice. In the same tour, the ensemble also gave a magnificent Mexican premiere of the piece I wrote in 2016, ‘Untitled on Earth’, for double bass and cymbals. ‘Canto’ received its Australian premiere at ELISION’s presentation at the Brunswick Green in Melbourne, on 20th November 2018, though unfortunately I couldn’t be present in that one. Below you can see/listen some documentation of the creative process behind the piece:

Sketches (yes, they look so much more ‘arty’ when photographed on an angle!): 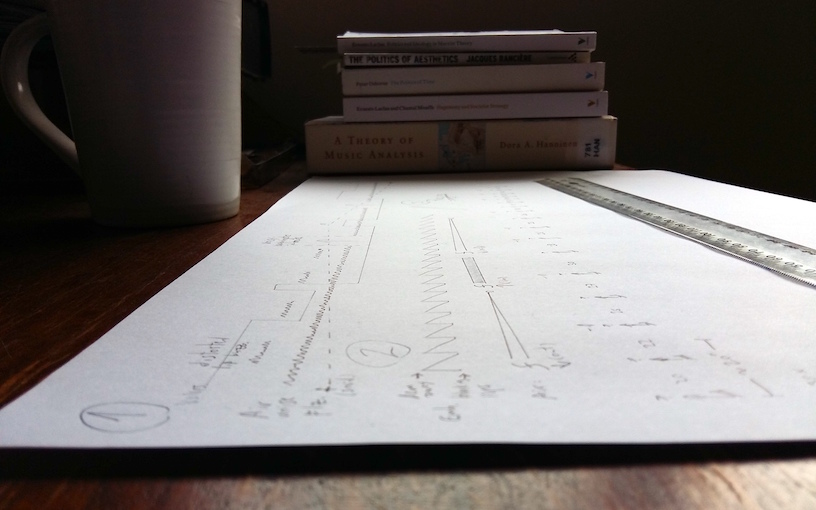 First print, hanging on the clotheslines (because why not) in Boorloo, Western Australia: 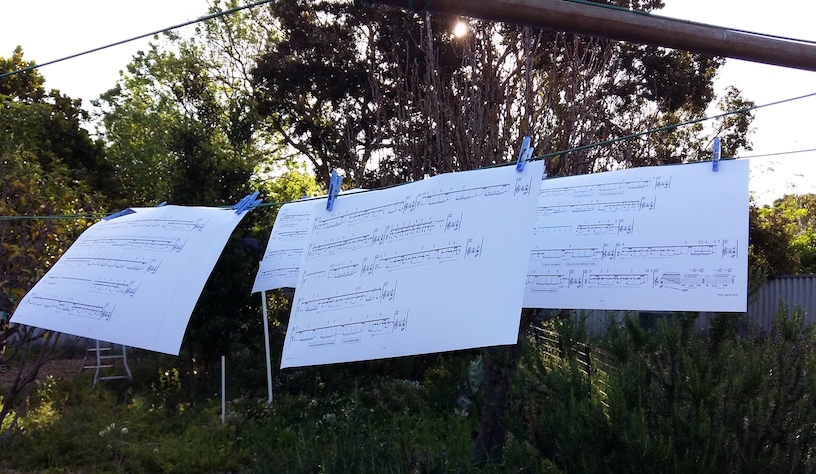 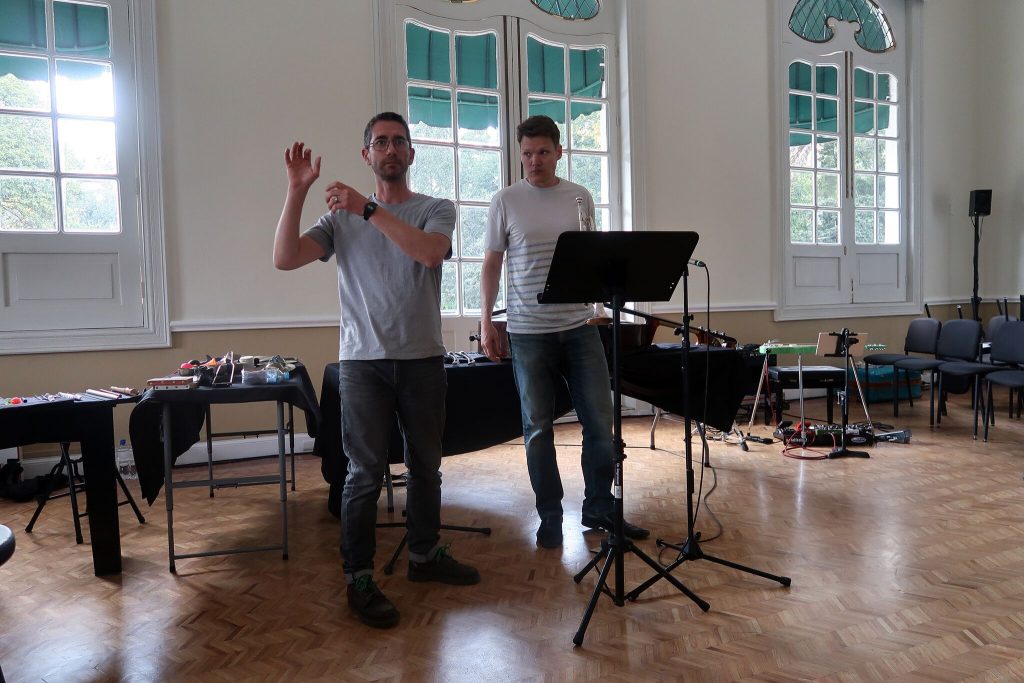 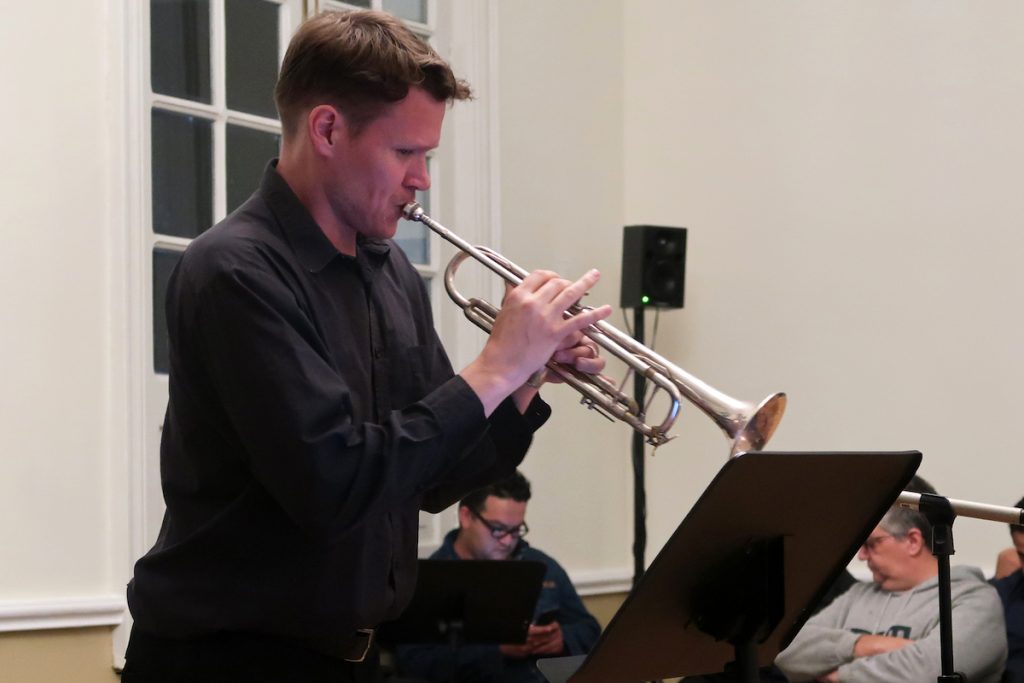 Recording of the premiere: