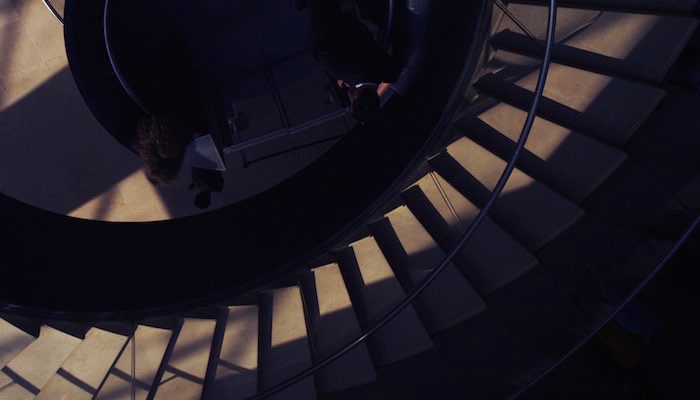 This ‘anti-narrative’ formal thinking, characterised in my doctoral thesis as ‘a situational approach to composition’, hasn’t taken the shape of a creative dogma to adhere to, but is rather a model to be approached in each work in different ways; a stimulating point of reference for my creative agenda.

Last weekend I had a chance to see Mark Lewis’ film ‘Invention’. To my surprise, I found it addressed these same formal issues beautifully, making me think: “This is it. This is what I’ve been trying to articulate all this time.”

Of course Lewis’ creative intentions may or may not relate to mine. In fact I wasn’t familiar at all with his work. But beyond the stunning aesthetic experience that it offers by itself, as a spectator I was left with a serendipitous and refreshing perspective on my own creative concerns.

I won’t describe ‘Invention’ any further to not spoil the experience for any potential viewers, but I hope many friends can watch it too, and look forward to commenting more details in person.