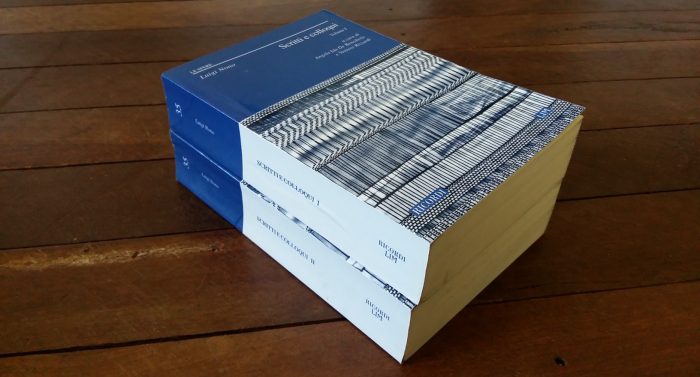 Almost a year has passed since this post, in which I translated (more as way of procrastination than for anything scholarly) a beautiful little text by Nono. There I pointed the lack of texts by him available in English, but the situation is about to change drastically with the upcoming publication, announced by UCP, of ‘Nostalgia for the Future: Luigi Nono’s Collected Writings and Interviews’. With 504 pages, we can’t expect as comprehensive a volume as its Italian predecessor: ‘Scritti e colloqui’ (Ricordi, 2001) also edited by De Benedictis and Rizzardi –comprised of two volumes of 628 and 666 pages each. Regardless of this reduction in scope, we can anticipate a major contribution to the study of Nono’s music and ideas in English nonetheless.

Additionally, there’s another volume in preparation, as announced by Routledge, under the ambitious title of ‘Handbook to Luigi Nono and Musical Thought’ by Jonathan Impett. For this one, even more so than the case of Carola Nielinger-Vakil’s recent ‘Luigi Nono: A Composer in Context‘ (Cambridge UP, 2016), we’ll have to wait until, hopefully, an accessible library gets hold of a copy, since the exorbitant prices of these hardback-only publications make them unaffordable for the academic precariat. 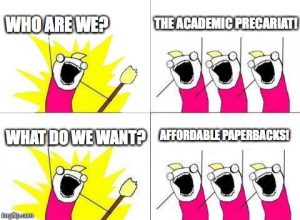