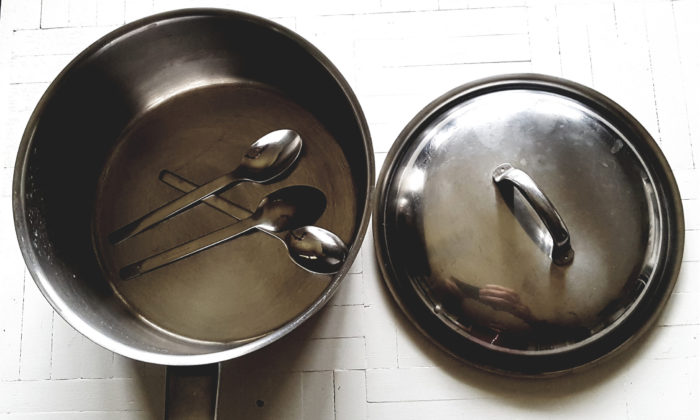 In these uncertain times for music workers everywhere, I have been busy creating two pieces for protagonists of the new music scene here in Western Australia. Tura New Music have kindly commissioned me a video piece as part of their ‘No Borders‘ project. Also I’m very honoured that my friends of Decibel New Music have commissioned me a miniature for their ‘2 Minutes from Home‘ series.

Ever since I made Boorloo (Perth) my home back in 2015, I’ve regularly attended the concerts that Tura organises, which are essential part of WA’s music scene. I’ve also collaborated professionally in some of Tura’s events as a performer, conducting pieces by Giacinto Scelsi and Roger Smalley at their ‘Scale Variable‘ concert series, and as coordinator and convenor of the 2017 Totally Huge New Music Festival’s Conference.

The work I’m currently creating for Tura is titled ‘Chronotope-Situation No.1’, and is an audio-visual piece made of sounds and images from my immediate domestic environment. It is a sort of reflection on what I have found here, in this place I now call ‘home’, what I’ve brought with me as an immigrant, and the negotiation between the two that constitutes my daily life. This work is planned to go live (online) in the coming weeks.

Decibel are unquestionably the foremost new music ensemble in Western Australia. They have a unique approach to music notation based on mobile graphic scores, implemented through their tablet app especially developed for this purpose. With them I have collaborated in a number of projects over the years, most notably conducting their Australian premiere of Roger Smalley’s ‘Zeitebenen‘ in 2016, and having been commissioned to write a full piece for their ‘Electronic Concerto‘ concert in 2017. The result of the latter was my ‘Intersperso-Ultradiano‘ for solo electric bass and ensemble, which Decibel premiered with their leader, Cat Hope, in the solo role at the Perth Institute of Contemporary Arts that year. You can still listen a recording of that concert on ABC New Waves.

For a long time I have been dreaming of writing a substantial piece for Decibel’s percussion marvel Louise Devenish. The piece I’m currently writing, a miniature for percussion and electronics titled ‘Chronotope-Situation No.2’, is a first exploration in that direction. In the electronics part, I am experimenting with engaging my circle of friends in a sort of ‘crowd-sourcing’ of sound material. I’ve asked friends on social media to take a couple of minutes contributing noises made with kitchenware, following some specific instructions. These have been sent to me as ‘voice-clip’ messages, fully embracing the idiosyncratic ‘lo-fi’ aesthetics of our hyperconnected times. This relates to the recent social revolt that has taken place in Chile, which includes regular ‘cacerolazos’ or collective beating of empty pans as a form of noise protest. I experienced these in my childhood, when the Chilean people protested Pinochet’s regime; being far away now, I’ve only witnessed the current ones through messages from family and friends over there, and on social media.

This piece will be premiered (online) in September, but meanwhile you can listen and watch some of the other contributions to that project by amazing colleagues such as Louise herself, Dan Thorpe, and many more to come, here.

*Update, October 2020: The premiere of ‘Chronotope-Situation No.2’ has sadly had to be postponed due to the second wave of Coronavirus that hit Melbourne lately, which interfered with the logistics of instrument availability and recording. Meanwhile the fine folks of Tone List, another big force in the Western Australian experimental music scene, have kindly commissioned ‘Chronotope-Situation No.3’ which will premiere in the next few months.